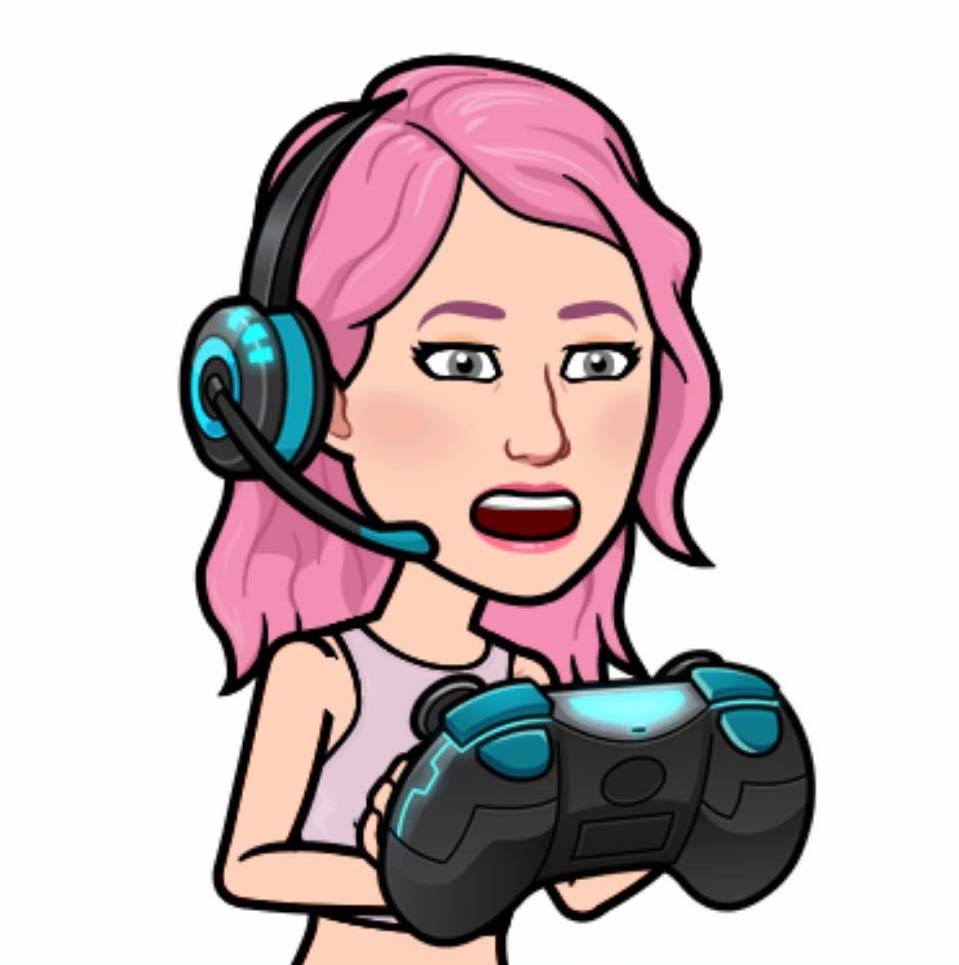 WE MADE IT! We’re officially in the SINGLE DIGIT countdown for Cyberpunk 2077! Now, I don’t know about you but there is a LOT of info to remember so I’ve put together a Cyberpunk 2077 Day 1 Checklist and Info Recap guide for everything you need to know! (Don’t worry, no spoilers!)

Some things I’ll be going over are:

I’m guessing by now everyone has a sense of which of the three life path’s they’re going to choose for their first playthrough but just in case, here’s a quick refresher:

Street Kid – As a local born into city-life you know the ins-and-outs when it comes to gangs, drugs, and jobs.

Nomad –  As a foreigner from The Badlands, you have strong ties to honor and family but are a clear outsider in regards to Night City.

Corpo – Let’s face it- you’re “the bad guys”. Hailing from a money-centric, dog-eat-dog- world fueled by wealth, greed, and the right connections.

The life path you chose will impact your story, the characters you meet, and the dialogue options you have to chose from as you progress through the game.

Jackie Welles – will be an important character in each playthrough, while your relationship to him will alter slightly, depending on which life path you choose.

Backstory isn’t just for RP. The life path you choose will affect dialogue options and how your character responds in certain situations that will directly impact the story as well as quests and rewards. Though we’re all be playing as “V” you can still choose a nickname for your character.

You can choose between Solo or Netrunner or a hybrid of the two.

Solos like your buddy Jackie Welles are the best of the best. Known for brute force, with Body being your main attribute. These builds are hands-on and extremely powerful. So powerful, you can even rip someone apart.

Netrunners are the masters of tech with a focus on hacking and stealth. Sneaking their way past enemies or sneak-attacking them from a distance, depending on your build.

To my knowledge, the Techie class is no more, however, crafting which was previously unique to the techie class is now something you can do regardless of class AND you can even craft on the spot without having to be at a particular station. With crafting, you can dismantle loot to collect different materials and with the right blueprints – can even create items including weapons, clothing healing aids, and cyberware or add mods to current cyberware, gear, and even weapons.

No matter the class, everyone will use Fixers. Fixers are your go-to contact when you want something done. They’re the middle-men, connecting those that pay with those well-suited for the job. And keep in mind – they take their cut.

There are two types of XP in Cyberpunk – which count toward your total character level.

The first is your standard or basic XP, earned in story progression by doing missions where you earn skill points you can put into a skill tree which I’ll cover more in a bit.

The other type of XP is Street Cred, which you earn by completing side missions and side quests. Street Cred levels up your reputation in Night City, gaining you additional dialogue options, and access to additional content such as new areas and NPCs. This can unlock specific gear that will give you bonus Street Cred XP when you complete additional side activities while wearing it. Note that Street Cred also affects what you can buy in stores.

The 5 Attribute Categories are:

Each category starts at level 3 and can be raised to level 20. On day one, you’ll have 7 points to spec into these categories:

Body is great for melee players and those choosing the Solo class.

Reflexes will apply to gun and other combat skills, as well as movement, speed, and coordination like your ability to quickly dodge attacks.

Technical is used to improve armor and your skills for crafting weapons and things like hot-wiring vehicles.

*I should note that although you can DRIVE stolen cars, you won’t be able to “own” them or summon them at will. Maybe you can talk your fixer into hooking you up with one or perhaps you can earn one as a quest reward or buy one later on. You MAY even be able to earn a car as a prize when participating in streetcar races and… f you do… make sure you bring a weapon along as they are rumored to get pretty hairy… which, by the way – if you die in the game, you’ll load from a checkpoint but you can also manually “quick save” before going into combat just in case… things indeed get…. hairy.

Sadly… there is no car customization as of yet… but hopefully something we’ll see in mods or DLC later on.

But, back to Attributes!

Intelligence will be your go-to if your focus is manipulating, hacking, hijacking, perfect for those going with the Netrunner class.

Cool and no… it has nothing to do with your “street cred” or reputation in Night City. Instead, it applies to your ability to “keep your cool” under pressure. This especially comes into play during assassinations and affects your precision, stealth, sniper skills, and how you react in high-stress situations.

Each Attribute gives you passive bonuses and comes with its own corresponding skills that unlock rewards and perks. These skills level by using them.

If you spec into the Technical Ability Attribute, you’ll have a skill called Crafting which you’ll level by crafting items. Each skill has its own level which is directly tied to its corresponding Attribute. Meaning… If you’re Technical Ability Attribute is level 6, you’ll only be able to level the Crafting skill to a maximum of level 6. However, as you continue to spec into your Attributes, you will continue to raise these skill level caps.

Perk Points can be spec into any Perk Tree for Rifles, Handguns, and Blades.

Capstones are buffs achieved towards the end of the branches of the perk tree.

Now, should you need to, you CAN reset perk points (for a price) but you will not be able to reset the points you put into Attributes. So choose them wisely! Remember, Attributes are extremely important for your character’s overall build and can directly affect dialog options & story as well.

For example: If an NPC asks you a question you don’t like, you could choose to ignore them and risk offending or upsetting them, or- if you’re someone specing into Body and going for a hardy build – you can literally take someone out that looks at you the wrong way.

*Remember to spec into the Tech Attribute for Armor and into Body for maximum health. Perks will be used to increase your Stamina.

Weapons and Cyberware come in 6 different forms of rarity:

There are three types of Weapons:

Each weapon type has its own perk tree, as mentioned earlier, categorized by Rifles, Handguns, or Blades.

Weapons can be different brands. Some like “BUDGET ARMS” are common and on the cheap end while some smart weapons come from megacorporation Arasaka and are rather expensive and probably more rare.

And BORG weapons… well they can be used in fights where you’re against something say… more machine than man. Aka: a CYBORG.

Cyberware comes in 3 types as well and take up 5 slots:

The 3 types of Cyberware are:

*Note that Cyberware can not be changed or removed on the spot and you’ll need to visit a Ripperdoc to edit anything relating to Cyberware.

There are 2 types of weapon mods: Interior and Exterior

Interior Mods – such as non-lethal bullets (if you need your target alive, or using your weapon to set things on fire)

Exterior Mods – such as scope – for distance, accuracy, and silencers (in more stealth situations when you want to stay under the radar)

Cyberdecks are what you’ll need for Quick Hacks.

The 3 things to note with Cyberdecks are:

When it comes to character creation, the options are ENDLESS and how you look can even come into play with your playthrough… Reactions from NPCs, whether you come off as approachable or intimidating, and don’t forget the epic in-game screenshots (and end-game of its own no doubt) and of course… cut scenes.

Although you can’t technically join a gang since V is a mercenary (with no sworn allegiance) meaning you’re not bound to anyone in particular and gangs likely won’t trust you, you can, however, try to become friendly with a gang through certain quest missions and gain access to their locations where you can then loot and find gear, clothing, weapons and even vehicles in the style of that particular gang.

It appears you can even label and save certain outfit combinations, say if you have a go-to “Streetwear Outfit” and a completely different attire for socializing, schmoozing, or seducing or one specifically set up for missions and combat. There’s even a “special” slot in your inventory where you can equip things like costumes to really enhance your FPS or RP.

I believe some clothing can even have resistances such as fire-resist that can give you an edge on a certain mission.

I hope you found this Day 1 Checklist + Info Recap Guide helpful! For more Cyberpunk 2077, check out this DIY guide on how to make your own LED jacket for under $60.